What Are The Best Handguards For Your AR-15

Upon purchasing and owning an AR-15 semi-automatic rifle, there are many different attachments and add-ons that you can acquire. Oftentimes, these will serve a very specific function, allow for other attachments to be made, and change the aesthetics of the gun as well.

Many of these items are actually essential to the functionality, performance, and safety of the gun, even if they are sold separately.

Talk to any AR rifle enthusiast and they’ll tell you that one of the parts that is crucial to your experience is a handguard. Different types of handguards can really change the look of your gun, but it doesn’t stop at aesthetics.

For decades, civilian manufacturers have been adapting and changing the handguard based on the mission needs of LEO/military personnel around the world. Now the consumer has a plethora of choices when it comes to handguards.

Sure, the basic purpose of a handguard is to allow for you to grab the front of the gun while shooting. Without this, the barrel would get so hot that you would burn yourself when making any rapid succession of shots. But in addition to keeping you safe, a good handguard can also allow you to ergonomically attachment lasers, sights, grips, sling mounts, and shoot better.

What Are Handguards Typically Made Out Of

Polymers are oftentimes not going to get as hot as aluminum, they are lightweight, and some users may find that they provide a more ergonomic feeling. However, and this depends on the polymer, they can be compromised with heavy use, by the elements or by being dropped.

Some quality polymer handguards are made with more flexible material and high strength, so it is the best of both worlds.

You will also have the choice between drop-in or free-float additions, and each usually favors a different type of material. Drop-ins, which you usually see made of polymer, work with your A2 gas block and are attached pretty easily to the barrel of the gun by a delta ring and cap.

Magpul makes some excellent drop-in handguards if you’re looking to upgrade your clam-shell on this kind of set-up. You will have to shop around if you want a metal free-float handguard that works with your classic A2 set-up.

Many people favor these because they help with shooting since they do not touch the barrel and when attached with a barrel nut, instead of a held in by tension with a delta ring, they have a sturdier mount which will maintain your rifle’s accuracy.

Not only a matter of accuracy, the primary popularity of free-float handguards, especially M-LOK ones, is the amount of aftermarket parts and accessories that work with them. Making sure the upper receiver lines up with the handguard, that the barrel nuts fit, that the gas block and gas tube have enough clearance, are all mitigated by the free-float handguard.

We live in world where there are many manufacturers making barrel components and free-float handguards help provide a more uniform solution to make sure parts fit together without serious modification.

The handguard marketplace can be very daunting to someone looking to build an AR-15 or looking to upgrade their existing rifle. You have to take into account your particular preference in “feel,” how you’re going to mount accessories, and most importantly compatibility with all other components, such as your gas block, barrel length, and receiver.

This list is going to cover some of the bases and provide a guide of the best handguards on the market today.

This is going to be a free-float handguard, which is made out of aluminum. So, this handguard is known for helping to improve accuracy and its M-Lok attachment system is currently the most popular method of attaching accessories which means you won’t have trouble finding parts that will be compatible.

If you’re running this Aero Precision handguard, then you will need a low profile gas block, and will need a barrel nut to secure it to your upper receiver. This attachment method is specifically designed to limit warping, and it is super sleek and low profile.

When comparing it to other handguards, it is extremely light, has beautiful ridges, and is very supportive when grabbing.

The interesting part of this handguard is that there is no full length top picatinny rail space which might work perfectly depending on how you want the rifle to function. Without that top rail, this handguard is extremely light-weight and provides a balanced platform for making shots.

You’ll also notice the smoother lines around the circumference which some users will prefer for a positive grip but some users will dislike because they prefer sharper angles for their hand.

This company has a few different handguards, and they are notorious for being sold out constantly. Although they are very hard to get your hands on, this speaks to their quality, and literally everyone seems to want one. This is another super lightweight piece, and the design is very attractive.

And yes, yet another handguard that is made from aluminum, making it very accurate for competition shooting. Hodge Defense System is known for being one of the best companies when it comes to accessories for many different types of firearms, so make sure that you keep an eye on these handguards so that you can catch them when they are back in stock.

It’s no surprise that when you look at the reviews on one of these handguards, many of them cannot say enough great things about them. Geissele Automatics makes some of the best rifles and components out there so, it’s no shock that their handguards are top-rated.

This type of M-LOK freefloat handguard is extremely detailed in design, and often comes with many of the tools that you may need to install the piece yourself. The fit of this handguard is very tight, the look is super rugged, and it is not heavy or constraining at all.

It is known for being very lightweight, but at the same time feeling extremely sturdy and safe. There was an insane amount of detail put into creating these pieces, and it really shows. Users cannot stop raving about how great this handguard both looks and performs.

Another benefit to this handguard is that it attaches with a barrel nut and wrench so it’s not going anywhere.

The picatinny top rail is perfect for mounting a light switch and front sight. Also, as compared with other rounder handguards like the previous Aero, it has more flat angles so you might prefer the way it handles.

Besides, if you’re done with budget builds and opt for a Geissele Automatics Handguard, then it’s sure to encourage you to stay the path by only buying even more quality parts from the company.

This is another company that is widely known for its premium rifles. Most reviews on their products say that they are super reliable. In addition, it seems that many people have a lot of brand loyalty when it comes to this company, because it seems that regardless of what you buy, this company is always able to deliver quality rifles and add-ons.

This handguard configuration is what’s known as a Quad-Rail. The Quad Rail is easy to spot because it will have four picatinny rails surrounding the circular handguard. Back in the day, the quad rail was the solution to replace the traditional clam-shell and allow for mounting accessories.

There are many die-hard quad rail users out there, but its detractors say that the rails stick out and are rough to the touch, therefore are not the easiest to grip and fire.

However, picatinny rails are the easiest and most ubiquitous mounting platform out there. You will never run out of or have trouble finding accessories to attach to this handguard. With all of that pic rail space, you’re also looking at a highly customizable platform, meaning you can go nuts with finding the exact right position for every part you mount to find the perfect balance and fit.

While it is a bit more expensive, BCM handguards hold their own amongst the competition in terms of functionality and design.

If you decide to buy the KMR, the claims are that it is very durable and lightweight, so you will not experience as much fatigue while you are using it. This is going to be an aluminum guard, and all of the attachments that come with it only come out to weighing a few ounces.

In addition, although it takes a lot of concentration to install handguards such as these, it is still relatively straightforward if you are paying attention. Many have tried to intentionally break it and loosen it up a bit, but people are pleased that it seems to not budge at all.

This is very good to know, since that means it will most likely aid in the accuracy of your shot. Again, BCM is a company that doesn’t mess around when it comes to parts or rifles.

For the last handguard on our list, we have Faxon. This company has always been known for making parts so light that you can barely feel them, helping with accuracy. This is going to be another aluminum handguard, and it claims to be much stronger than its competition.

However, you do not have to compromise ruggedness for this lightweight quality, it is said that it has both. Although the grip may not be the most comfortable on the planet, the rest of the qualities apparently make up for it.

These are also handguards that are a bit more expensive, but with how much people rave about them, they are very worth it. They have a super elegant design, blending well with the other elements of the gun, all while being snug with minimal movement.

This is also another handguard that is extremely easy to install, and this installation does not involve any special equipment. Overall, this is another part that seems to have all the good qualities you’re looking for: M-LOK slots, a QD sling attachment point, plenty of top rail space, and vents for keeping your barrel cool.

Handguards are arguably one of the most important components or your rifle. One of the best pieces of advice is to pick a style and have that be the set-up for all of your rifles.

If you’re rifle came with a classic clam-shell handguard and you like the way that feels then there is no problem with that other than you won’t be able to mount many accessories.

If you have multiple rifles or want to build a new rifle then try to pick a style you like: M-LOK, Key-Mod, or Quad-Rail being your bread and butter mounting systems. This will ensure that if you want to swap out accessories from one rifle to another or stock up on a certain kind of accessory then you will have cross-compatibility.

You could also replace your gas block, delta ring, and castle nut but this may be beyond your expertise and budget.

Still, if you’re looking for something new then there are plenty of options out there. 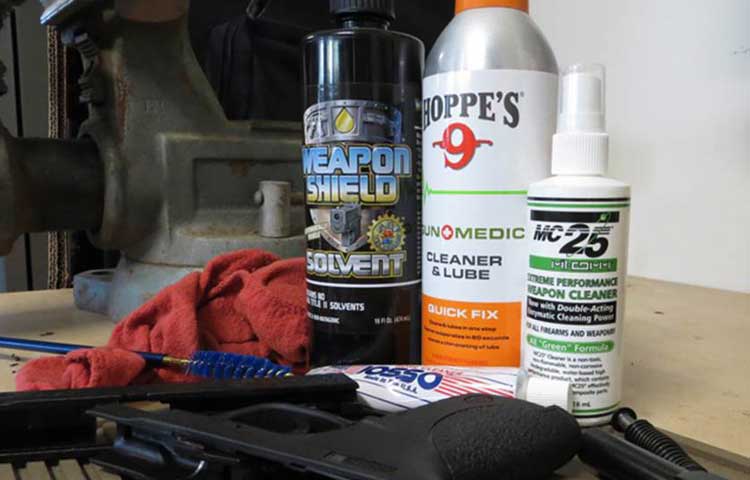 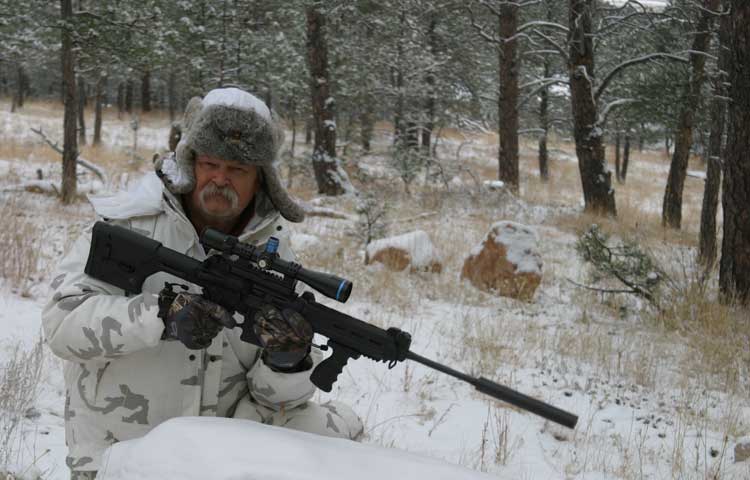 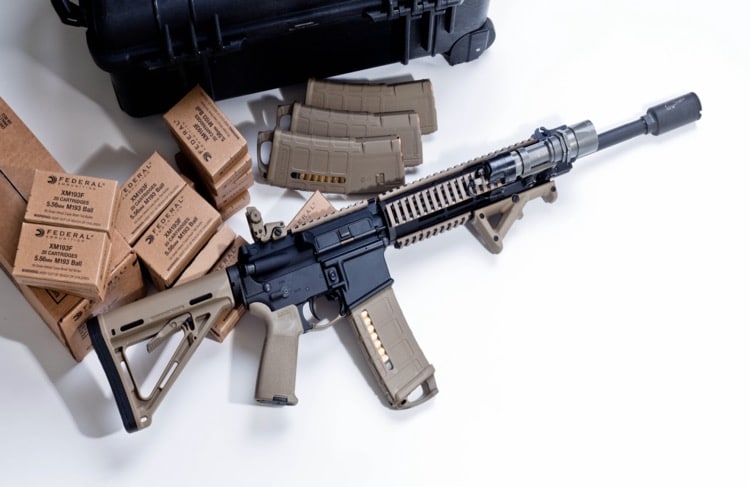 Choosing the Best Caliber for your AR15
Read More 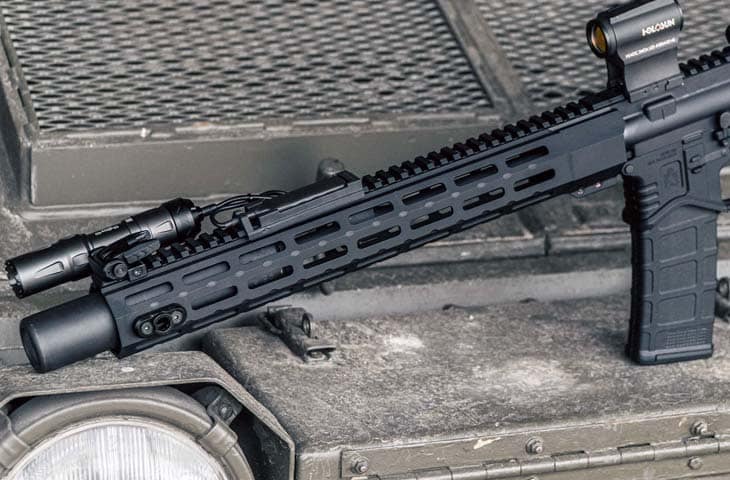 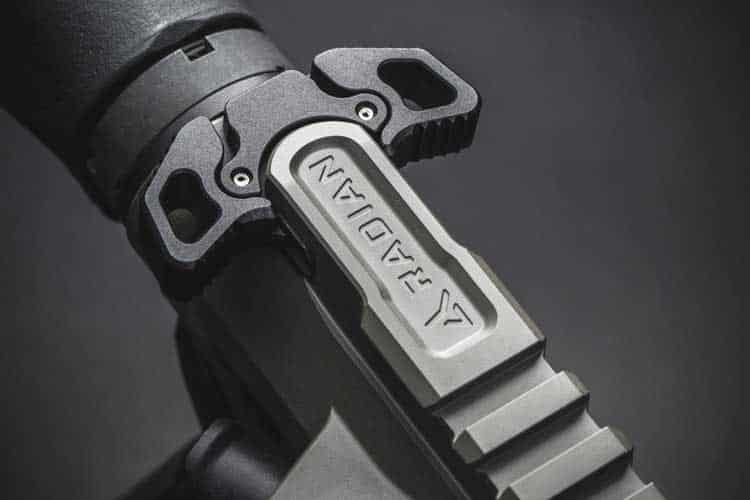 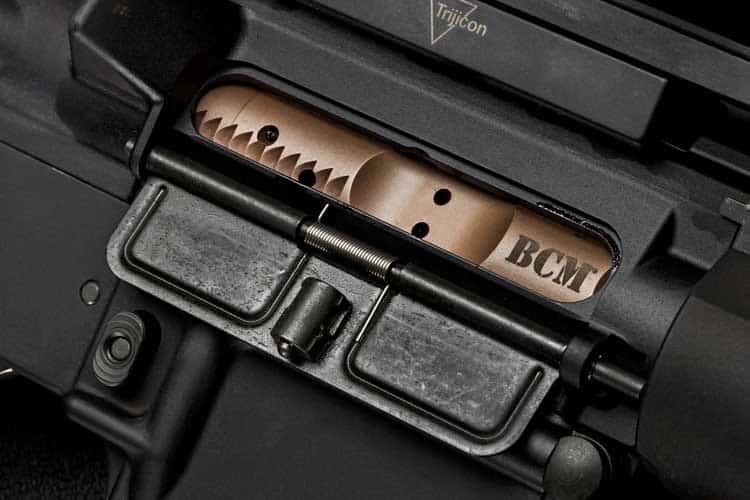 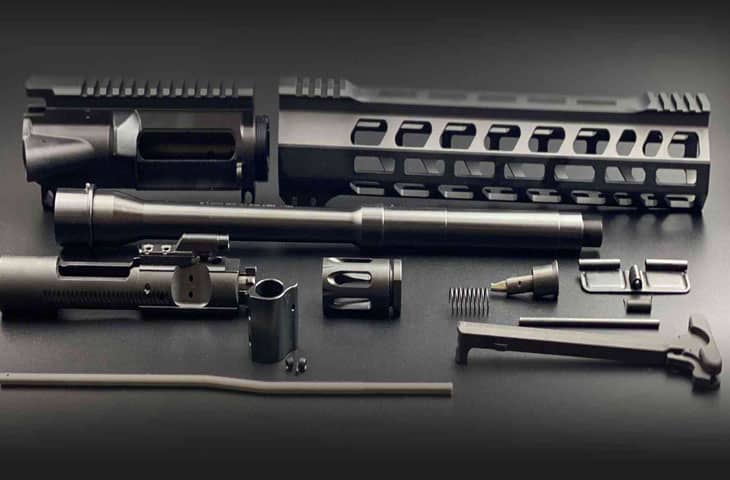 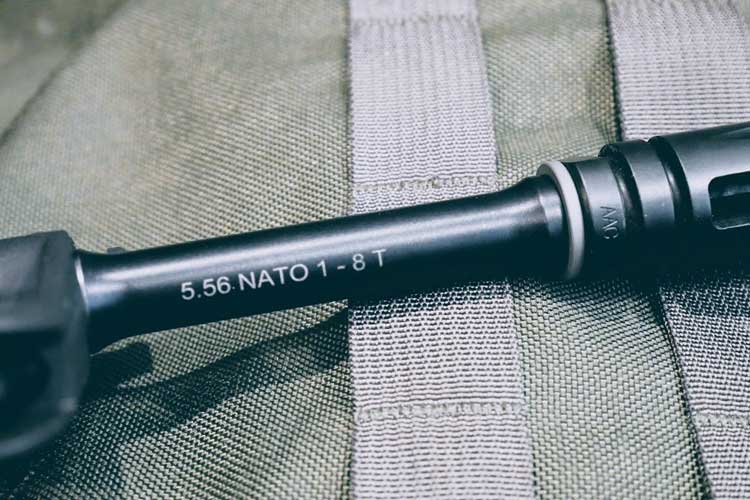 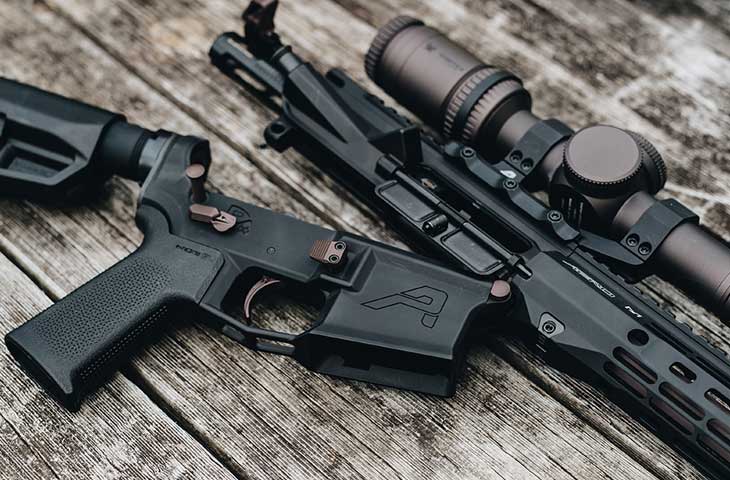 Alice Jones Webb is a writer, life-long hunter, experienced shooter, and mother of 4 up-and-coming shooting and outdoor enthusiasts. She grew up flinging arrows and bullets at Virginia whitetails, turkey, and game birds, but her favorite hunting experience is chasing bull elk in the Colorado backcountry. Never one to sit still and look pretty, Alice is also a self-defense instructor and competitive archer. She currently resides in rural North Carolina with her children, non-hunting husband, and a well-stocked chest freezer.