Accurate shooting is a learned event for most people, but in some cases the skill is just about an inbred trait. I came from a long line of shooters on both my mom’s father and dad’s side of the family. To be quite honest about the whole thing I was hitting targets with ease from the age of nine, and save for some hunting skills I needed to learn I just did the deed never thinking much about it at the time.

A main element that was a major advantage is that I hunted squirrel almost every weekend of the long Minnesota season each year. Shooting a good Winchester bolt action rimfire rifle and Weaver scope of the day I was in the field all the time and hunted the white and red oak woods for the furry critters that moved in the high canopy above.

Learn to hit a squirrel in the head at 60 yards or more with a 22 rimfire 40-grain bullet and big game as in deer or elk look like a VW bus stuck in a swamp even at 200 yards. By the time I started to hunt big game at age nine I had learned the skills required of a marksmen, and also with the help of my granddad Jake Domning which himself live in the outback and mostly off the land with a handful of cartridges and Winchester lever-action rifle, I got better than good a fieldcraft and bringing home fresh meat.

Getting Into The Zone

Shooting is a learned art form, and if not trained on a regular basis will start to go away over time.

There is a place I like to call the zone. When I trained young riflemen and girls in the NRA small-bore competition at the local high school I used to take about this even as mental training for the shot. My young shooters learn fast and did well judging by the scores they turned in with those rimfire target rifles. So, what is “ the zone”?

When you’re shooting and you have trained for the correct breathing, stance, and execution of the event you can get into a repetition of sorts, and trigger control becomes very close to an automatic response. It is not easy to put into words because it is not a basic skill at all, but an almost psychic zone of sorts.

When I shoot even today some 71 years after killing my first whitetail deer I just know when it is time to send the bullet. At times the zone becomes so entrenched in my state of being that the shot is passed, over, done, and I am almost not aware that it even took place in terms of the physical act of squeezing the trigger.

You could say that is years of shooting raising its head at me, but I believe I have been doing this almost from the time I was a little kid. Sure, correct breathing, cheek weld to the stock, stance, and even locating a darn good solid rest can make a pile of difference, but of the kills are not learned at all, but just come naturally. Because of my line of work operating a ballistics and weapons review program, selling specialized barrels for shotguns, and writing the days I spend on a rifle, handgun, or shotgun range is a bit more than your average joe.

Practice makes perfect and takes the edge off the little errors that can cause a missed clay target, steel plate at 1000 yards, or running antelope. One thing I have learned is to do two things were shooting with a spotter at my side. Pay attention to what he is saying regarding bullet impact placement or corrected sight picture, and understand that two sets of trained eyes are better than one.

With time and training, a good shooter will start to repeat every movement exactly the same way even to an unconscious level at times. This is called muscle memory, in combat it can save your life, and in competition, it can mean winning target scores.

As a hunter being my number one activity nowadays walking through the same set of motions will mean a hit on a running mule deer at 400 yards, a score on a standing whitetail at 540 yards, or a bullet dropped from one mountain to another on a trophy buck with a one-shot kill being the end results.

A story I tell often is that when I started hunting deer at age eight, I had a Winchester 25-35 lever action that held enough bullets to shoot all week without reloading. At one point five or more deer cross straight in front of me on a deer drive at a range of about 40 yards. I pulled up the rifle, set the first deer into the buckhorn sights, and emptied the rifle on the whole crew never touching a single hair in the process. After taking a pounding verbally from the other hunters in the party I made a promise to myself. I told my inner soul that I would never miss a deer again. At that point, the hard nosed learning curve was established in stone.

Well in fact I have missed a few deer in a long life of hunting the magnificent critters. Three to be exact and that is a fact. I establish a pattern for accurate at the shot. I never look at the horns as I never hunt anything but trophy bucks. I take a glance in terms of the deer being a shooter or not, and if it is after that I weld my eyes on the heart lung sweet spot for bullet placement. Aim at the whole deer and you will miss or wound the animal every time. As the old sniper code goes. “ aim small shoot small. “.

Never be in a hurry. If an animal is walking to you, there is no issue at all holding for the shot. Close means better in most cases so take your time. Crossing shots can require you to look for an opening in heavy cover areas, or the best angle for an open ground shot.

Learn to use your rifle’s DOPE settings (data on range cards) or just memory click adjustments for altitude for long shots. However, don’t take shots that your skill level says not to take.

When you shoot always follow through. That means keep your eye in the sight window and watch for game reaction, or if shooting targets the splat on a steel target when shooting. Pulling the trigger and lifting your head off the stock will almost always result in a high shot placement and at longer ranges or a complete miss. When you’re on your rifle make a quick check as to cheek weld ( face against the stock), trigger control even with heavy winter gloves, and a solid sight picture with control breathing ( one half full breath out exhaling and hold until completing the shot  ).

Learn ballistics and understand how to DOPE a rifle and cartridge by any of the new computer generated ballistics programs. My best friend is Hornady Ammunition and their ballistics programs that are totally free on the net. When taking a hunting trip I back check weather conditions that I will face, review the actual altitude I will be facing, and after that run a range card by computer that will tell me where to adjust my click settings for a possible long-range shot. This single element has resulted in harvesting some vary nice trophy animals that would have otherwise just walked away over the years.

One single element that can cause you to be a less than effective shooter is the developing of a flinch. What is flinch? It is closing of the eyes, and even jerking the upper body at the sound or recoil of the firearm.

Again we are back to that zone thing. When in the zone I almost don’t even hear the rifle go off if sighting a deer or difficult steel target at very long range. Train until you find the zone, If you want to check for flinch have a buddy load the rifle behind you and pass it to you for a target shot. Instruct your partner to mix loading of the rifle in terms of handing you an empty chambered rifle cocked and ready, or one with a round chambered it. You will learn very fast if you flinch when you drop the firing pin on an empty chamber expecting the firearm to go off.

Flinching can be avoided with young shooters if they are started out with smaller firearms that don’t kick the daylights out of them or develop blast that knocks the tops off mountains.

The worst thing that can be done to a new shooter is playing a joke and handing them a firearm that you know they will experience heavy recoil and muzzle blast from. Do that and you can ruin a shooter for life at times.

I hope some of the material I have covered here is of some help to the new shooter, or the shooter have problems with accuracy being targets or game animals. No shooter is made in a day on the range. Shooting is a learned skill for most, and it is a skill that needs to be trained and maintained for a sharp performance edge. 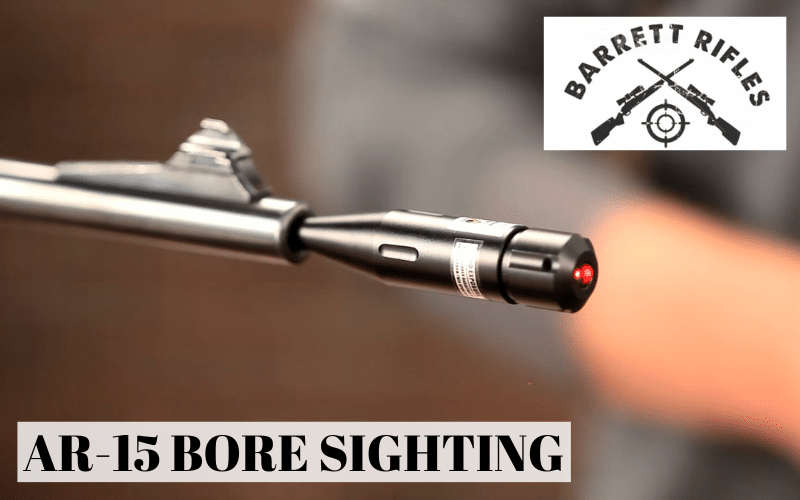 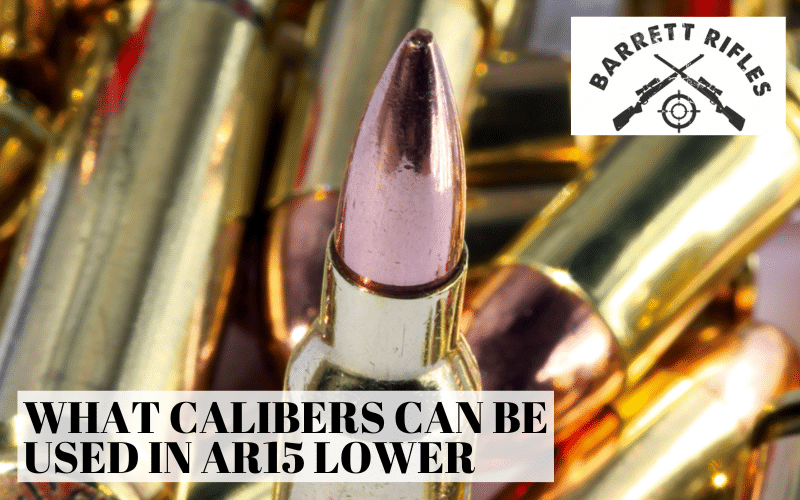 What Calibers Can Be Used in AR15 Lower: 5.56 and More
Read More 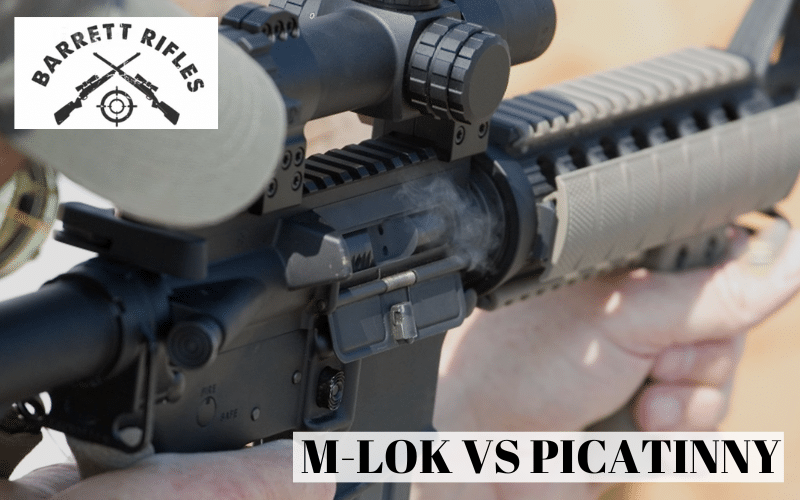 M-Lok vs Picatinny Rail System: What Is the Difference?
Read More

What Kind of Shotgun Shells Should I Use For Home Defense?
Read More

I have been writing firearms and outdoor material of over 50 years to date. I have hunted across the world including Russia and a great deal of time professional hunting in Australia. I currently live in the American west and hunt all across the Black Hills of South Dakota, and the Big Horn mountains. I have specialized much of my work as a load developer in shotguns and rifles. I have run a small company that builds suppressor barrels of my design, and load tests for writing purposes and consulting. My commercial names include Ballistics Research & Development / Metro Gun Systems.TM. You can find more info on Barrett Rifles here.