Modern armies have always strived to get for their troopers as much firepower as possible in a small package. During World War One, both the British and Germans protected their machine guns crews.

While in the opening days of the First World War, British had successfully smashed protective steel plates of the German machine guns and snipers by using the African big game hunting rifles of .40″ caliber up, these elephant guns were underaged players for the first armor.

Actually, the only weapon capable of engaging a tank was a German Mauser 1918 large-caliber (13.2 mm) rifle, called the T-Gewehr. Comparing to that simple oversized Mauser bolt action rifle, in the interwar period there are several dedicated anti-tank guns that came into service. To name just a few more interesting designs like German/Swiss Solothurn S18-100 anti-rank rifle firing a base fused 20×105mm shell, a British .55in Boys anti-tank rifle or a Soviet PTRD anti-tank rifle, a single-shot weapon which fired a 14.5×114mm ammunition.

However, with more robust armor, the anti-tank rifles became of questionable effectiveness. They were soon abandoned to give way to the new weapons such as the rocket launchers with cumulative grenades.

On the other side, immediately after the World War I the innovative John Moses Browning designed a heavy machine gun known as a Browning .50 caliber machine gun. Officially introduced as an M2 machine gun, the legendary Big Fifty was chambered for the .50 Browning Machine Gun (.50 BMG) cartridge. The M2 round has 720 grains (46.6g) bullet and a muzzle velocity of 2,800 fps., generating nearly 13,000 ft-lbs. of muzzle energy, compared to just 1,330-foot pounds for the 5.56 NATO round.

Though the weapon and the gargantuan 12.7x99mm cartridge were introduced in 1921, both of them were adopted by the US Army, in 1923 and has remained the standard ever since.

Whilst the anti-tank rifles sank into oblivion during the Second World War; the Browning heavy machine gun was found in multiple roles across the globe in the numerous post-WWII conflicts. That said, it was used against lightly armored vehicles, aircraft, protective shelters, personnel and generally all unarmored targets. For each of these purposes listed, the machine gunner was available dozens of different types and loadings of .50 caliber ammunition.

Perhaps the turning point for the modern anti-materiel rifle happened in the Vietnam war in 1967 when U.S. Marine sniper Carlos Hathcock pioneered the use of the Browning heavy machine gun as a sniper weapon. He made a confirmed long-range kill at a distance of 2,290 yards firing an M2 machine gun equipped with a rifle scope.

In the early 1980s, Barrett was a unique shoulder fired firearm developed around the .50 BMG cartridge. The gas operated Model 82 is based on a typical short-recoil principle credited to John Browning. Still, unlike to other designs, the innovative Barrett rifle’s barrel recoiled backwards after firing for about an inch. Using this unique recoil reduction mechanism with a barrel securely locked by the rotating bolt, a substantial amount of energy is spent for further reduced recoil.

The Barrett .50-caliber sniper rifle boasts 29 inches heavy barrel which is fluted to improve heat dissipation and save weight. Resembling the AR-15 timeless design, the Barrett’s receiver is built from two parts, upper and lower section connected by cross-pins. The only difference is in material since the monstrous .50 caliber gun needs steel sheeting instead of AR aluminum construction.

Like most other heavy rifles/cartridge combinations that are unimaginable without some kind of muzzle accessories, the Barrett M82 is equipped with an efficient, sizeable double-baffled muzzle brake to contend with the violent recoil effect.

Whereas this arrow-shaped muzzle brake vents exhaust gasses to the left and right to diffuse additional recoil energy, the manufacturer was claiming that it cut recoil forces by over 50 percent.

It means that a rifle chambered for the .50 BMG round has a perceived recoil about like a 12-gauge shotgun firing 3-inch Magnum shot shells and even less if you are shooting the semi-automatic rifles such as Barrett M81.

The semi-automatic Barrett M82 sniper rifle is fed from the steel 10-round detachable box magazines. Guns like this .50 caliber Barrett are best fired from a prone position using an integrated folding bipod for maximum stability. The Barrett “Light Fifty” was often shipped with mounted Leupold 10x magnification riflescope.

The first Barrett M82 has a built-in carrying handle, and the later variants come with quick-detachable one. Though the M82 has an option of mounting carry sling, due to its size, it was far more comfortable to carry it in a special case across the back.

Most military and police sniper rifles are chambered in .30 caliber with a typical attack range of 300 to 600 yards. However, heavy sniper rifles delivered previously unheard levels of payload volume and distance compared to the medium-caliber rifles.

The Barrett M82 is chambered for powerful 12.7×99 mm (.50 BMG) ammunition that compared to the 7.62 NATO (.308 Winchester) offers significantly larger energy. According to the military sources, the 50-caliber rifle such as Barrett M82 more than doubles the range of the sniper over the .308 cartridge.

In numbers, this anti-material rifle can efficiently engage the material targets at a maximum effective distance ranging up to 1,700 yards, and personnel at 1,000 yards, respectively.

Traveling at nearly 2,910 feet per second the 661 grains bullet’s destructive power has the ability to penetrate one inch of concrete at the long range (more than 1,500 yards), or shoot through the nine inches of concrete or 1.8 inches of unarmored steel at the shorter ranges out to 100 yards.

A standard .50 caliber round intended for use against human or unarmored targets, officially called a Cartridge, caliber .50, ball, M33, has 661 grains, or 1.5 ounces heavy bullet. Reaching a whopping 2,910 feet per second at the muzzle, it generates an amazing 11,169-foot-pounds of energy that is more than ten times the energy 5.56 round produces.

While the .50-caliber round makes the Barrett M82 an effective anti-material weapon to a range up to 2,000 yards, its actual maximum range is 4.5 miles or almost 8,000 yards. Moreover, at the half of its max effective range (4,000 yards), the .50 caliber round still has more energy at impact than a .44 Magnum.

Although the M82 is widely known by its US Army official designation – M107 Long Range Sniper Rifle, the first military customers of this anti-material sniping weapon were the Swedish Armed Forces in 1989. After the improved M82A1 version introduced in 1986 was thoroughly tested, the heavy sniper rifle was adopted by the US military in 1900-1991 as a Long Range Sniper Rifle, Caliber .50, M107.

Today, in the role of an anti-material weapon, the Barrett M82A1 is in active service by many militaries and law enforcement forces in more than sixty countries.

Through the years, the Barrett M82 was improved and upgraded with newer materials and design so that we can find several variants of these popular heavy semi-automatic sniper rifles.

The M82A1A is known as the SASR (“Special Applications Scoped Rifle”), and it was optimized specifically for the .50 caliber Raufoss Mk 211 incendiary ammunition.

Both, the M82A1M and M82A3 are improved versions with extended MIL-STD-1913 accessory rails for optics, developed for the US military and US Marine Corps, respectively.

The M82A2 is a lesser known variant with trigger action and magazine arranged in the “bullpup” configuration. Using a bullpup layout, Barrett achieved to transform the heavy sniping rifle into a little less cumbersome weapon. It is also intended to be used as a shoulder-fired .50 caliber gun against helicopters.

As previously mentioned, when the Barrett Model 82 series was adopted by the US military, it entered in the US Army nomenclature system as the M107 Long Range Sniper Rifle.

Unlike its basic semi-automatic .50 caliber configurations with 29 inches barrel, Barrett has also offered a shorter barreled version with a 20-inch barrel, named the M107CQ or “Close Quarters” model.

Despite its anti-material origins, the civilians usually obtained the Barrett M82A1 and used it as a long-range sniper rifle. While technically, the Barret M82 and the M107 are the same, there are a couple of differences between them.  The M107 features “spike feet” bipods compared to the “smooth feet” bipods of Model 82A1. Also, the M107 comes with the monopod, while the Model 82A1 owners need to buy it separately.

The latest model, the M107A1, is an upgraded commercial variant of the M107 developed in order to make the heavy, basic M82/107 rifle as light as possible. Using thinner-gauge steel, titanium and aluminum the Barrett succeed to made M107A1 a 5 lbs. lighter than the original M107.

Furthermore, this heavy sniper rifle chambered for the .50 BMG caliber cartridge now is fitted with a cylindrical muzzle brake compatible with a suppressor.

One of the first heavy sniping rifles, the Barrett M82A1 offers the sniper a longer reach than his counterparts of more conventional construction and power.  Ironically called the “Light Fifty”, this .50-caliber sniper was fifty-seven inches long and weighed 28.44 pounds.

The Barrett M82 is a monstrous semi-automatic sniper rifle which revolutionized the field of military sniping by pairing an existing large caliber cartridge with a precision rifle platform.

I have been an avid outdoorsman all my life. I have hunted and fished most of the Eastern United States for over three decades. During my tenure as a hunter, I have taken most every North American game animal with either a rifle or bow.

Smaller game animals I have taken too many to count. I hunt duck, rabbit, dove, and squirrel every season and take a number of coyote each year which are open season in my area. I greatly miss the quail seasons of my youth but they have all but disappeared across the regions that I commonly hunt.

Deals of the week 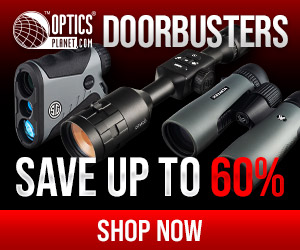 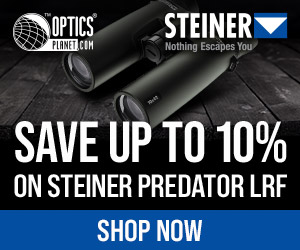 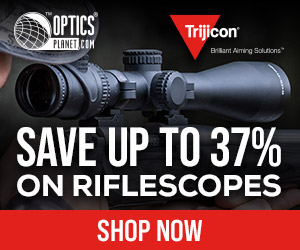